New cave worm discovered in the Bay of Alcúdia, Mallorca 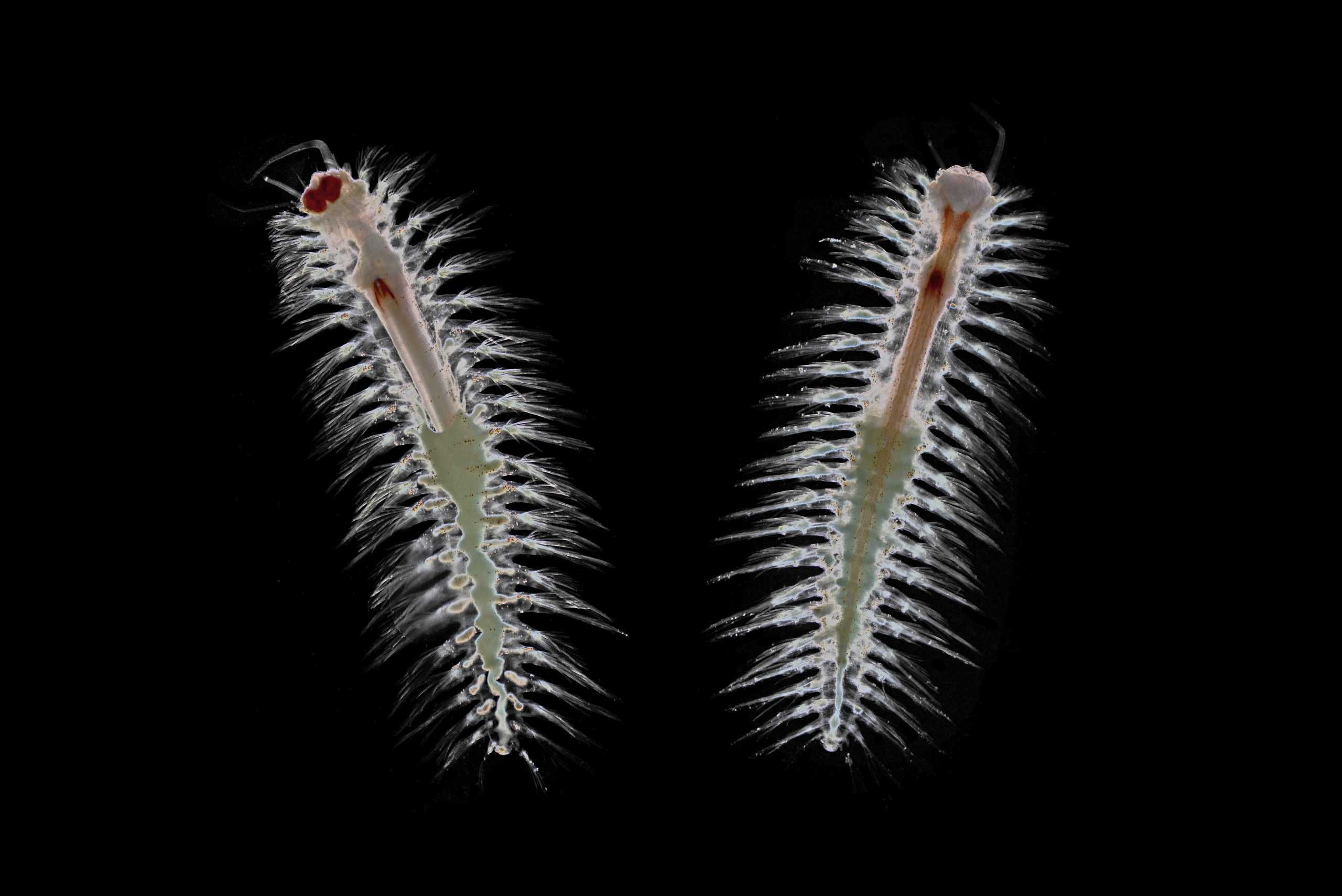 This species of squamous worm was found in an underwater cave in the Bay of Alcúdia, Mallorca, and to date only three specimens have been found. They measure about 2 cm in length and their bodies are flattened dorso-ventrally, lack eyes or pigmentation and have highly developed sensory appendages, typical adaptations of cave or depth organisms.

In addition, they have a strongly pigmented brain, visible through the translucent tegument. Like other members of the family Polynoidae, the back is covered with scales. Molecular analysis indicates that this species belongs to a small group of squamous worms with representatives in places as remote as the abyssal depths of the Indo Pacific or the Antarctic continental shelf, which generates many questions about the possible origin, evolution, distribution and adaptations of these species to such distant and disparate environments.